In a few days we should have posted on the home page the Ike Group's article "The 1972 Promoted Compound-Doubled Eisenhower Obverse Master Die". This article goes into considerable detail about the "peg on serif" image on all four 72 CuNi-clad Ikes.

Leaving the technicalities aside for now, know that the left leg on all the 72 Ikes appears to be a peg leg superimposed on a thinner serif-R left leg.

In earlier die state 72 Ikes, the peg leg image can be so strong that one can think it is a peg leg: care is required not to miss underlying serif remnants.

Here are some pictures:

- TOP is a big-time peg leg;
- Next two are the same Ike showing a peg leg that under a microscope is not - there is a faint remnant on our left side and a frank serif on the right: by naked eye it is a peg leg and by loupe it's a tough call;
- The forth one down is not a peg leg and is close to that posted on PCGS Forum earlier today.
- The last two show the "peg on serif" appearance without die abrasion. Rob 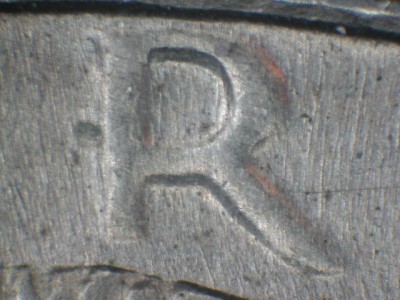 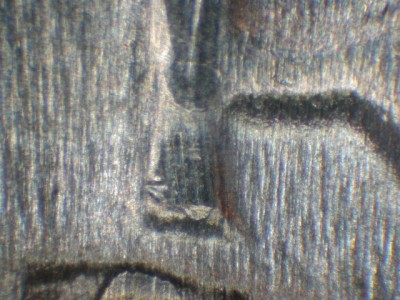 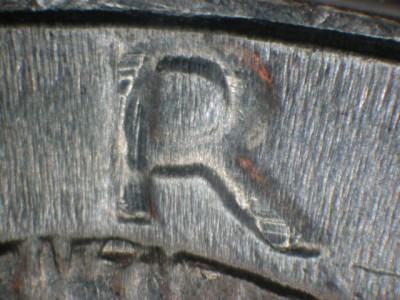 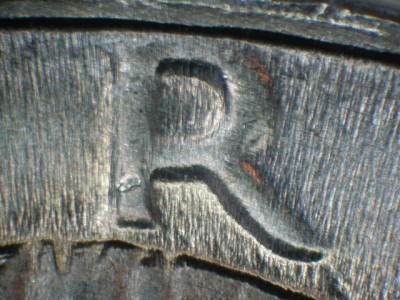 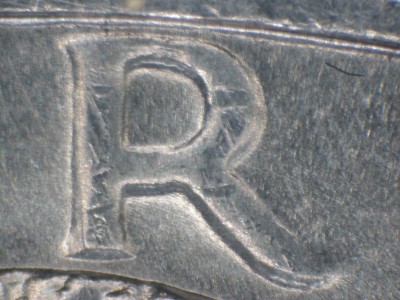 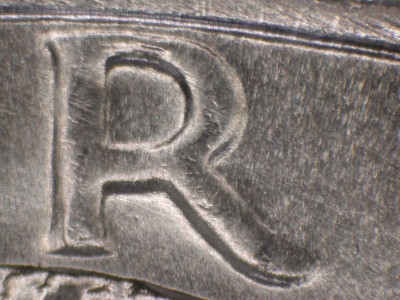 Are these three cousins of The Amputee? Check out the third photo carefully...

(Randy asked me this question, I suggested he post his photos here. I like the FIELD ABRASIONS showing in the last two photos, along with the considerable metal removed from the edge of Ike's hair creating new "parts" ) Rob
Now is the time to cherry Ikes. Lots of fruit still on the trees but don't wait too long. Rob Ezerman
Top

You have 5 amputees? I've only ever known of one other. This is the amputee: 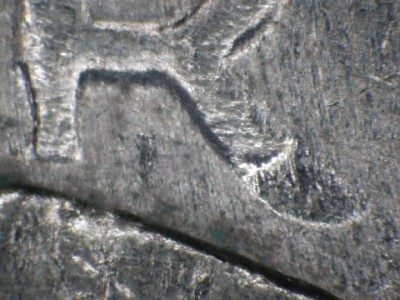 While it has remotely the same-"ish" left leg shape, it's called an amputee for the right leg...

I don't dispute the hypothesis per-se, but, I would not necessarily jump totally on board right away that all the peg leg 72D's you are showing are all from abrading. It's possible - absolutely, but, to totally remove the hubbed serif, I'm not sure there be enough relief left to allow for much if any shadow (relief) of the peg leg. That hand work would almost certainly fade the leg into the field if not done absolutely perfectly on a small scale - that's not simple for a human of any experience or capacity. I could go along with your hypothesis on the first photo having relief measuring experience and know what those measurements look like visually. The others, I don't know. I need to see more proof on this one that it goes for all 72 D peg legs. Measuring all these would be more proof in the pudding for me.

I would suspect that at least some of the peg leg's above were produced from the same single peg leg hub, not from both serif and non-serif.
Authorized CAC and QA dealer
Top

I would not put the amputees in this group. The amputee has a small serif on the right side of the leg and a clear outline of a serif on the left - at least mine does.
Authorized CAC and QA dealer
Top

Andy, the 3rd photo seems to show a distal chunk of the right leg peeling off and possibly a proximal laminate defect as well. Begs more questions than answers, but don't we maybe supect a working hub with a problematic "R"? Rob
Now is the time to cherry Ikes. Lots of fruit still on the trees but don't wait too long. Rob Ezerman
Top

Rob, could very well be - I noticed both aspects as well.

As usual, we open more cans than we can eat...
...never liked the taste of worms much.
Authorized CAC and QA dealer
Top
Post Reply
10 posts • Page 1 of 1