Post pictures, comments and questions about this category of Ikes (Die clash overlay diagram inside)
Post Reply
8 posts • Page 1 of 1

I spotted a 71SB on eBay that I though might be a die abrasion peg leg. Sure enoguh, lots of die abrasion evidence, but not enough for a peg leg. However it did end up having multiple clashes that they didn't quite fix. The jaw line, UDU, and even talon head areas were abraded to fix these areas. But, the crater head clashes, the double hair lip, the residual volunteer, and the moon line were still around. 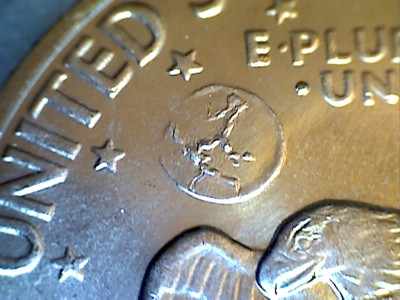 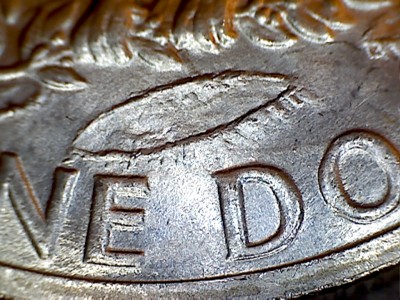 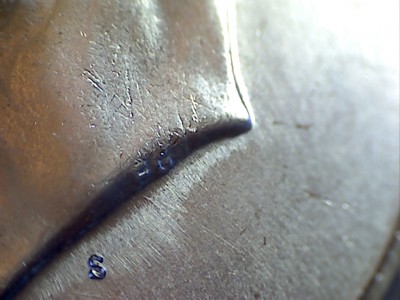 Not quite fixed "Volunteer" 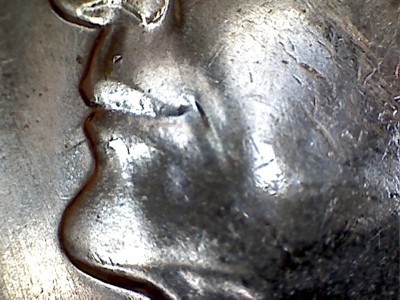 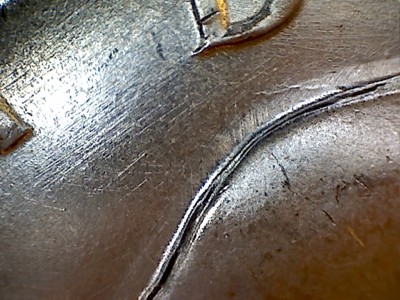 "Crater head" clash below the B 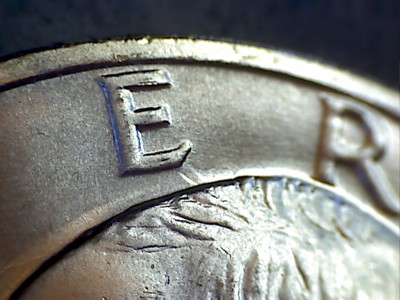 Double "O head" clash from O in DOLLAR below the E 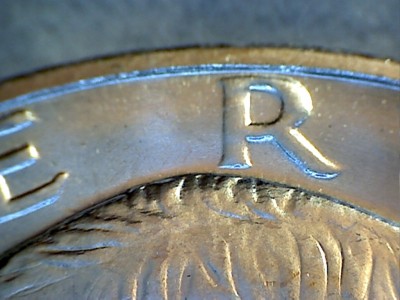 Die abrasion, but not enough to make a spl

No such luck. This coin does have a DDR (without a DDO). I've seen this DDR on a few 71S SB Ikes, but I am not aware if it has been listed. I guess it will go off to TomK for the purpose of helping me sort it out. On a side note, at about the same time, I did happen to spy what I thought looked like a possible 4/21 in original mint packing from the same seller. That one did not turn out to be a 4/21, but was a 5/22

It came back from PCGS as Details - scratch, which sorta sucks, but is fair. Nice clashes nevertheless. I have more photos, including the DDR here: http://www.pcgs.com/SetRegistry/MySetRe ... ?i=1435301
Steve Palladino
Top

Whoa, very freaky. Today I was at the Santa Rosa coin show and spotted a raw 71S SB Ike with clashes. Didn't inspect it in too much detail until I got home. Turns out to be exactly the same as the one I just updated this thread on upon getting it back from PCGS on Thursday. I mean exactly the same clashes, same MM placement, same DDR, and same small die scratch markers in STATES on the reverse!

What's the odds of that?
Maybe this one will grade, since it doesn't have the post-production scratches on Ike's face that ended up in the first coin coming back holdered as Genuine - Details.
Steve Palladino
Top

Steve,
What are the odds…I have a Ike dollar with the exact marker as in your pictures…my coin have scratches through "RIC" in the word America. The only exception is the UDU…I can't see it...however, there is a faint marker like a U.
Top

Rob407 wrote:Steve,
What are the odds…I have a Ike dollar with the exact marker as in your pictures…my coin have scratches through "RIC" in the word America. The only exception is the UDU…I can't see it...however, there is a faint marker like a U.

The two that I have do not have an UDU, but were abraded in that location to fix a prior die clash in that location. I'll get around to posting MMP lines, so that you might check to see if it is the same die (sounds like it may be).
Steve Palladino
Top

This picture is from your 71S registry set . The ML and JL on the reverse is the reason I purchased it. I thought the scratches were caused by poor handling, but the coin is still in the original mint packing. This post open my eyes to the other clashes. 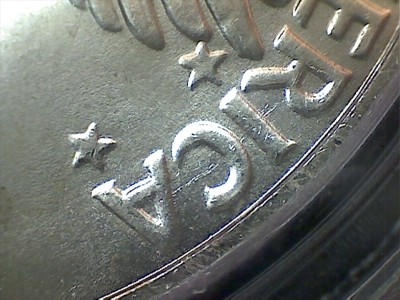