Post pictures, comments and questions about this category of Ikes (Die clash overlay diagram inside)
Post Reply
3 posts • Page 1 of 1

Looking through My 72-D's I found one with a D clashed into the reverse just to the North East of the S in pluribus. The top corner of the D lies just off of the point of the star above the S. This is not the correct placement for the mint mark to clash.

Them I notice a clash from the earth to UNUM. But the clash line enters UNUM between the N and the second U. This amount of displacement with the chin/neck line also places the Mint Mark in the area where the D clash shows. This appears to be a misaligned die die clash. Anyone seen this before? 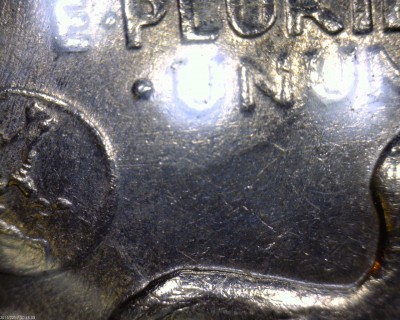 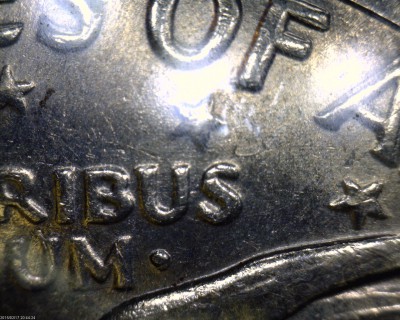 I've never seen one like this. Now I have to find one myself. Awesome Ike !
Steve Palladino
Top

Steve, Found other clash marks that match the M.A.D. die clash displacement. The obverse in front of Ike lips has a raised check mark shaped area that matches up with the Eagles beak where it meets his Right (our Left) wing. Curved line under Eagles Right wing down to moons edge cause by Ike's forehead. And the neck bottom line from the "S" in pluribus to the Eagles left wing. This last one shows on the picture posted. looks as if the point of the S shoots straight over to the wing. A little hard to see but it's there. I'll attempt to get some better pics and post. Hva e a better one, Ken
Top
Post Reply
3 posts • Page 1 of 1