Steve P is absolutely correct, the population of these has risen by 2 as of last week.

SteveP wrote:I have reliable information that the nightcrawler census is up by two to 8 known pieces. The two were found in one purchased lot!!! These are not the pending ones from ILIKEIKES.

New update: The known population of nightcrawlers is now up to 10:
http://item.mobileweb.ebay.com/viewitem ... 1172858052
Steve Palladino
Top

Anyone here win these?
Back to the Hunt...
-Bryan
Top

You guys are precious. When are you going to learn...
Authorized CAC and QA dealer
Top

AOskam wrote:You guys are precious. When are you going to learn...

who won the crawlers..do we know? That's a lot of green for 2 worms...reminds me a morgan dollar VAM madness prices, back in 2002...
cg
Get your facts first, then you can distort them as you please.
Mark Twain
Top

A retired general once told me a number of years ago "Don't go to war to make it a fair fight".

I was watching these just waiting to see the end, as I knew where it was inevitably headed. It didn't disappoint. Those pictures were too blatant not to be noticed. Knowing what we do about these, if I was interested in them I would have done the same thing: a nice big last second nuclear bid. Obviously somebody did that. It would be interesting to see how many megatons they used to ensure that victory.

Folks, in situations like this, you either want them or you don't. If you truly want them, then you are prepared to do whatever it takes - and that's what each person has to decide: do they TRULY want them. It's a facet of collecting some people can't stomach (or understand), yet others would rather miss a mortgage payment to get what they want. In my book, at some point all collectors have those special/particular items we'd sacrifice mortgage payments, food in the refrigerator, a tank of gas, or a hamburger for.

Honestly, I would have thought one of you guys on the forum here would have picked these up after all the hub-bub about them lately. Kind of bummed they went elsewhere. This would've been a good one for two people to agree on the size of the nuke and split the spoils of war.
Authorized CAC and QA dealer
Top

Since I have one at PCGS right now, and blew through my funds making deals with Bill, Brian, and Charles this week, I sat this one out as well. The final price seems like a bargin for two of these rare and highly sought after coins.
Back to the Hunt...
-Bryan
Top

SteveP wrote:I have reliable information that the nightcrawler census is up by two to 8 known pieces. The two were found in one purchased lot!!! These are not the pending ones from ILIKEIKES.

You gotta be kidding me!
I cannot and will not be held responsible for my typing errors as it appears that there is a bug in the keyboard!
........I've tried on numberous occasions to fix the problme but it just keeps coming back agin and again! -L. Lydston 2008
Top

You gotta be kidding me! 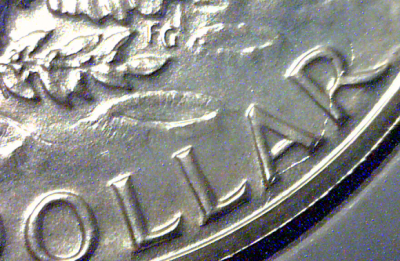