The Ike Group's Mission is to guide, inform, and provide expertise as the complete Eisenhower dollar resource.
https://forum2.ikegroup.info/

by FS-801
I have this 71-S proof Ike, and the earth looks very different from the other 71-S proof Ikes I have. It looks really frosty- like the frost is overflowing out into space. Also, there is a "bulge" located between approximately 3 and 5 o'clock. It looks almost perfectly round too, except for this bulge. The frostiness of the earth is notably different from that of the eagle, which has a much glossier appearance. What do you make of it? Is this the result of a die re-treatment or re-frosting? Would this coin also technically classify as a PEG Leg? Thanks! 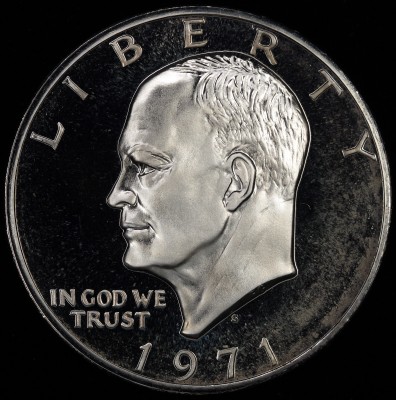 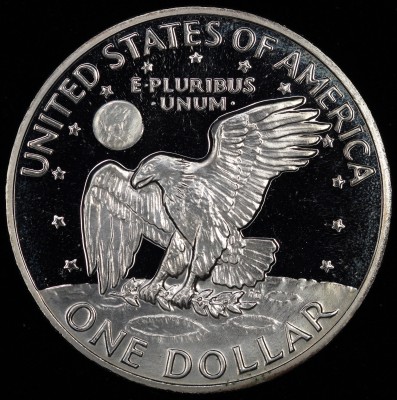 by AndyO
It's good to go for the 71S proof peg leg. Probably better to call these non-serifed, but no big deal.

That earth was re-treated by itself, that's why it's so frosty and has a little "overspray" in the field on the edge. It was not uncommon for the mint to not do the entire die, as masking it was very time consuming. The over-frosting on the edges is fairly common among 71S ans 72S Ike proofs. Some show straight/squared maksing edges. I can't speak for the later years.
All times are UTC-04:00
Page 1 of 1