The pictures below show among other features what looks like a rim of raised silver just off Ike's face and heavy abrasions in all the usual clash-image locations. There is some peculiar frosting: check out Ike's eye which has an almost Si-Fi spectral quality (last picture).

The reverse is also abraded, not as heavily, and a South Jaw Line remnant is indicative of clash. But the interesting reverse feature is the thick snowy white frosting on the minor devices, all of them. There are areas of proof-like field toward the north that make me think this was a discarded proof planchet with the reverse die in EDS, possibly VEDS, and the obverse die in early MDS, hence these are likely mis-matched dies in which case the Jaw Line meanins little.

Have you decided what the extra image of the upper arm of the obverse E is due to? I think it is a displaced UDU. The obverse is a DD, but the doubling is far more subtle than could explain the E. On the other hand, the ridge of raised metal off Ike's face is a puzzle and there is a notch in the UDU image. . . 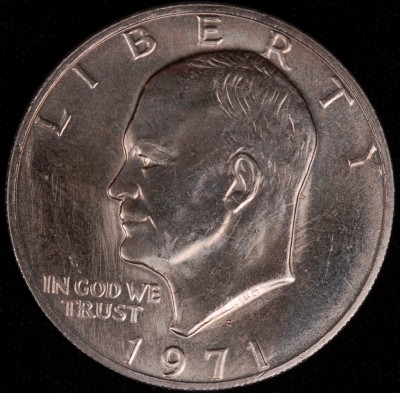 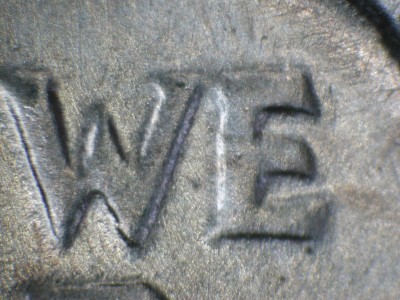 3 The UDU seems the best explanation. 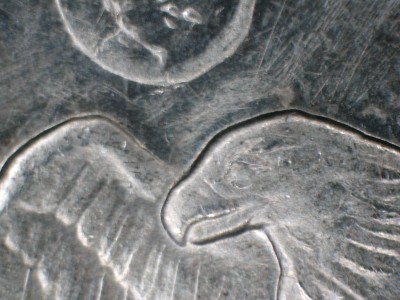 4. This is not a proof 71-S !!! Islands Eagle's brow line indicate low relief die consistent with obverse appearance which is typically SB. 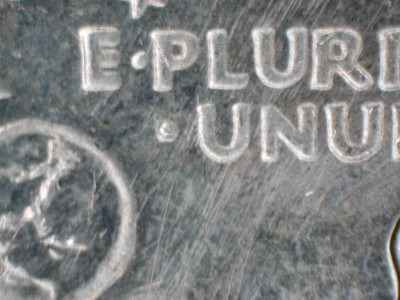 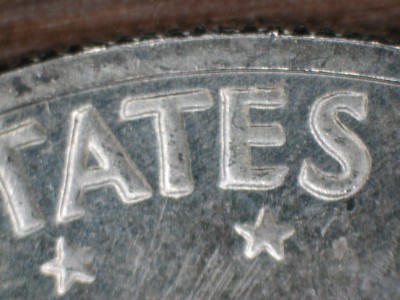 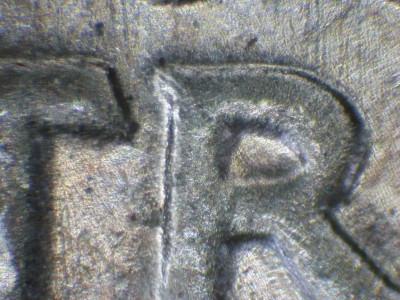 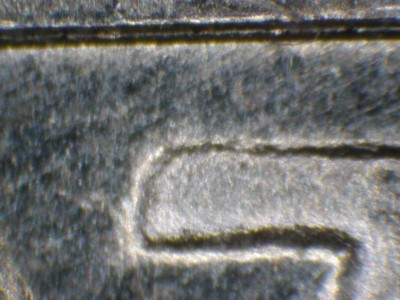 9 Back to the Reverse, note proof-like field behind the abrasions and ? frosting spill onto the field? Remember this is a VEDS/EDS die. 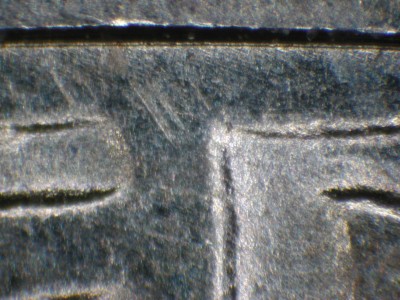 12 Raised round ridge of metal in front of bust probably from heavy abrasions. Was there a second face image out here??? This sight gave me a chill when I first saw it in the 'scope.

Here is my guess:
Not a doubled "E" but a UDU clash image were the "U" was half over the "E" and half in the field between neck and motto.

BINGO. At least that's what I think.

Check out the eye on the full-face obverse I just added. . . Rob
Now is the time to cherry Ikes. Lots of fruit still on the trees but don't wait too long. Rob Ezerman
Top
Post Reply
3 posts • Page 1 of 1