I stopped by a local coin store that I had driven past many times. I have avoided the place in the past since they emphasize buying and selling gold and silver (mostly jewelry).

I am rather glad I stopped by. I asked if they had any blue pack or brown box Ikes. The guy said "We have bunches of them, how many you want". I stated how many you got (I figured a few hundred coins much like my trip a while back). He went to the back and brought out 2 brown box Ikes (1973 and 1974) and 30 blue packs (one 1974 rest were 1971). The 1973 brown box was nothing special and I passed. The 1974 brown box was small S (YES! my second). I looked at only one blue pack Ike. Sure enough I see the frost break off the upper wing on the back and I see two small raised spots off the last "T" in the IGWT motto. Without looking at any other coins I move the stack over to the "buy" area and keep looking at other Ikes they have in stock. I must admit I lost my "poker face" because I was jittery. The coins is a solid MS66 (IMHO) and all the blue packs were being sold one dollar over melt. I was hoping the S/S coins were in small groups as they have been when I have found them in the past and was finding it difficult to contain my excitement.

Keep looking guys they are still out there and some a being turned into places buying gold and silver.

Well, once again my grading skills are suspect...

The shiny spot on the lower jaw must have kept it low. I thought it was a struck through light grease area, guess I was wrong.

Still not too bad I guess.

Not too bad at all LaMont.

Post scans or photo's when you get it back.
I cannot and will not be held responsible for my typing errors as it appears that there is a bug in the keyboard!
........I've tried on numberous occasions to fix the problme but it just keeps coming back agin and again! -L. Lydston 2008
Top 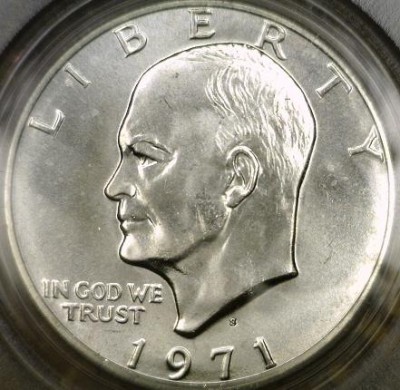 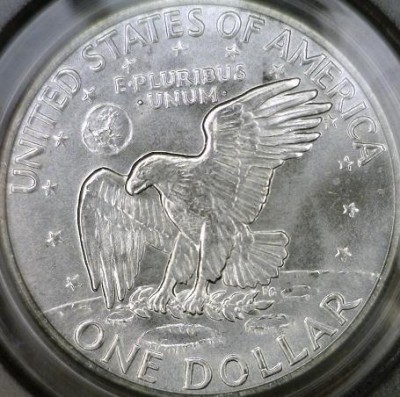 Normal look at back. 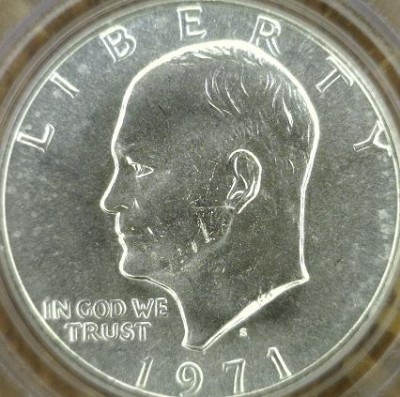 Low angle to emphasize the cheek and show practically no other marks or frost breaks. 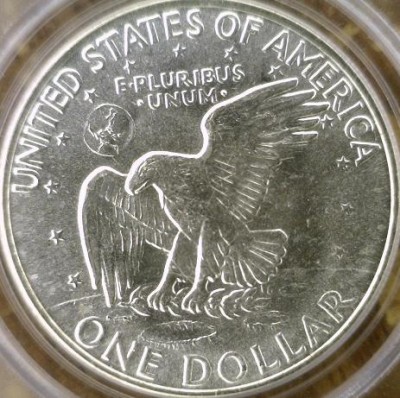 Low angle to show practically no marks on eagle or fields.

There are a few very minor marks not picked up by the lens. I would suggest this is best viewed in hand. I may have to send this to DIVA for a second opinion.