What do you guys think?

Note: It could be me!
Authorized CAC and QA dealer
Top

They are still posted
Top

Huh. I don't see them, not even an icon that says there should be something. That's strange. I wonder what else I'm missing...?
Authorized CAC and QA dealer
Top

Weird. There are three in the first post. Maybe because they are all links from photobucket vs the typical upload onto the Ike Group forum, somehow?
Steve Palladino
Top

Looked in as a guest I see them also.. You don't have photobucket blocked by chance?
Top

When I first opened this thread, I couldn't see any pictures.

Yesterday, I opened it and could see all the pictures, but no text, not even that in my replies.

Today, everything is coming through as normal. Never had this happen before...ever. Who knows.

I was interested in this one because I've always been skeptical that this animal existed. I've seen a lot of "almosts", but never really could settle on a definite. I'd say the one here will qualify. As it happens, I picked one up myself at Baltimore last week. I wasn't sure on the bourse, but brought it home and cracked it out of the original case and removed the haze. Here's what was left: 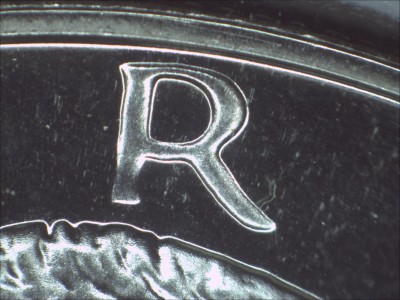 It was initially deceiving due to the inward curve of the leg, but it's the real deal. I haven't seen any other "remarkable markers" on it thus far.
Authorized CAC and QA dealer
Top

Seems as if baltimore is the place to get them.. I also got this at the whitman show last weekend
Top
Post Reply
15 posts