jaceravone wrote:Steve, please let me know if this is a better/closer pic. If you need even closer I can get it for you. Sorry for the delay. Work has been hectic since my return from vacation.

It remains at least 5 different MMS-1 dies, of which, 3 produced Micro-S coins. One more MMP1.

Now at least 6 different MMS-1 dies, of which 4 produced micro-S coins at some point in their production cycle.

I still have yet to find a 'not-yet-micro-s' MMS-1 coin bearing the same MMP as a true micro-S. I'm sure they exist. Post 'em if you got 'em. 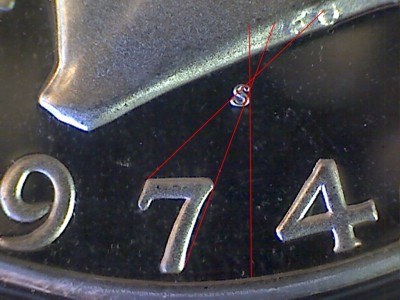 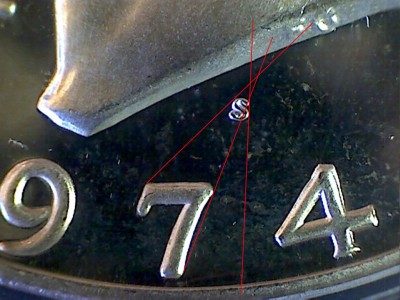 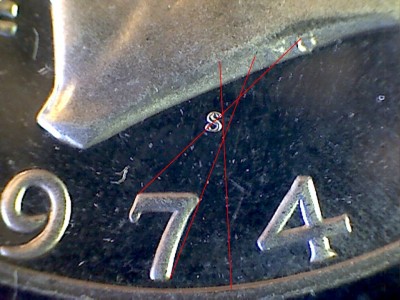 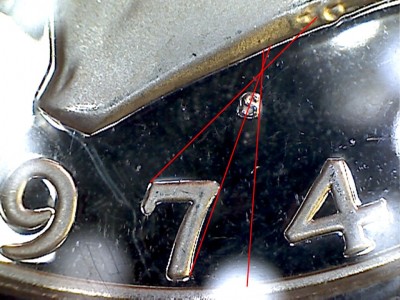 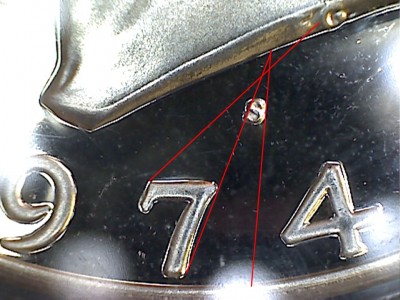 The MMP4 coin mentioned above came back PCGS PR69 DCAM after going through their restoration service.
Steve Palladino
Top

after a long drought of cherry picking, I think I snagged another Micro-S last night, PR69DCAM. I'll keep you posted when it comes in later this week.

Decided to attach the seller's photo. As you can tell, this is far from clear cut, but worth a roll of the dice in my book.

We'll see if the gamble pays off. You never can tell with seller's photos, fingers crossed.
Back to the Hunt...
-Bryan
Top

Steve, the coin turns out to be an MMS-1, but not a Micro-S. There is no polished field in the loops. However, it does not match the other two MMP's for the MMS-1. In all actuality, it looks very close to the Micro-S MMP-3, but based on the gap between the W and E in the motto it appears to be a latter die state. Very interesting. My equipment is on the fritz, Steve if you'd like to take a look at it, I can arrange to send it to you.

The coin is also a DDO/DDR.
Back to the Hunt...
-Bryan
Top

1872Hokie wrote:Steve, the coin turns out to be an MMS-1, but not a Micro-S. There is no polished field in the loops. However, it does not match the other two MMP's for the MMS-1. In all actuality, it looks very close to the Micro-S MMP-3, but based on the gap between the W and E in the motto it appears to be a latter die state. Very interesting. My equipment is on the fritz, Steve if you'd like to take a look at it, I can arrange to send it to you.

The coin is also a DDO/DDR.

Clad or silver?
It does come close to MMP3 for the micro-S, but based on the posted photo, I'd say no. It also does not match the previous two MMPs for non-micro-S MMS-1 74S SP dies.
Steve Palladino
Top

Well, this one should be in my hands later today:

Silver PR69DCAM.
I'll try to get some clear photos of the mint mark posted when it arrives, but may have to wait until I return from my weekend getaway...

Since first posting about the Micro-S, this has been a fun little project to see grow. What started as one believed mint mark placement, and become many MMP's. Thanks Steve and everyone how has contributed to this research.
Back to the Hunt...
-Bryan
Top

Bryan,
Let us know how this pans out. I am interested in seeing it, and the other one that turned out to be just a MMS-1. I want to document the MMS-1 MMPs along with the micro-S. Currently, we have 4 micro-S dies and two more dies that are MMS-1, but not micro-S.

In addition, I'm looking to document non-micro-S MMS-1 parents of the micro-S coins.

Yes we have revealed that the 74S SP micro-S of multi-die origin. However, the original thinking that had the micro-S as a single die coin also suggested that it may have been that way from the outset - a full 2500 mintage. With the micro-S being a nearer to the end of die life feature, I am not sure that the population will approach 2500, even with the multi-die origin.

IOW - the answers are not in yet - we need to keep studying this one. And, IMO, would be a fun collector target within the DIVa catalogue.
Steve Palladino
Top

I like to think of the Micro-S as the Peg Leg's lesser known cousin. It's one of those markers that you see across multiple years, and makes for an interesting collection point. I'm going to try to put together a complete Micro-S collection as well. Steve your PCGS showcase on the subject is a great reference by the way.
Like you said, I think this topic has a lot more to give, so hopefully everyone is out there hunting for these. Even with the multiple mmp's, this one is far from easy to find. Trust me, I've been actively searching for the Silver 74-S proof ones for about a year now, searching through hundreds if not thousands and have only found 2 confirmed examples. Hopefully this is the 3rd true Micro-S that I have picked. If not, maybe it will be one of the yet to be documented parents

Back to the Hunt...
-Bryan
Top

Today may be the day...
Could this be a potential Micro-S Parent?

Just came in the mail. Very surprised. The true view pictures made it look like a lock for a micro-s, but we all know that pictures can be deceiving...
Steve, here is a pic for MMP.

From what I did (had to rotate the photo 9 degrees to level off the top of the 7), it appears to be MMP3. Is that what you're seeing? I'm sure a more definitive answer will come when you have it in hand, but prelimary results?
Back to the Hunt...
-Bryan
Top

That's a tough photo due to some glare, but it does look like a MMP3!!!! If/when you send it to me, I'd like to take a photo as well, so that I can make sure. But at this point, I'd say that this is likely the first documented MMS-1 parent (or maybe older brother is better?) from a known micro-S-producing die!!!!!!!

It will also be nice to compare die stage markers on this coin versus the two MMP3 micro-S coins that I have here. 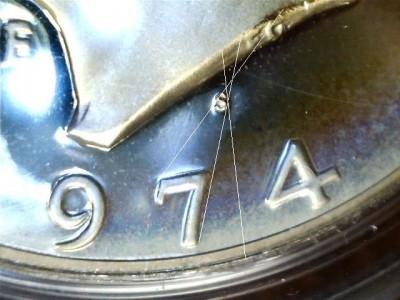