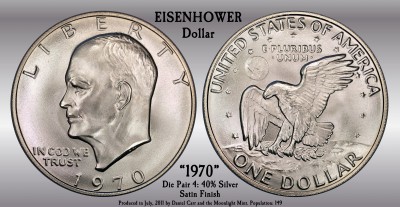 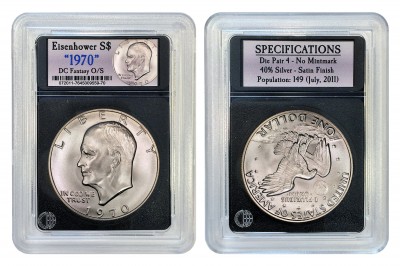 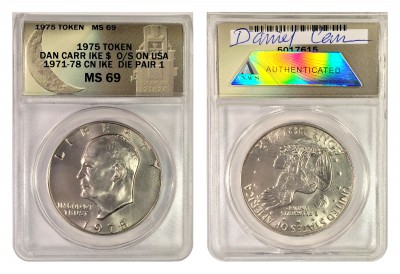 I really enjoy these. His work is outstanding. I assume he uses a scanner on an original and then does his changes to the model prior to cutting the die.

We have a link to his Ike mintage on our homepage under Links: http://www.moonlightmint.com/blog_3.htm

Here are all 10 die varieties, including the two Matte coins that have low mintage. I didn't bother with the obverses since my lighting isn't good at this time of day. 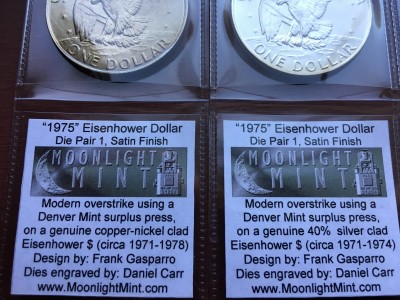 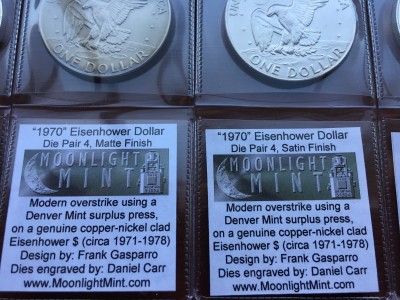 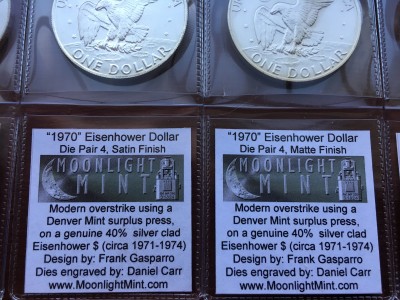 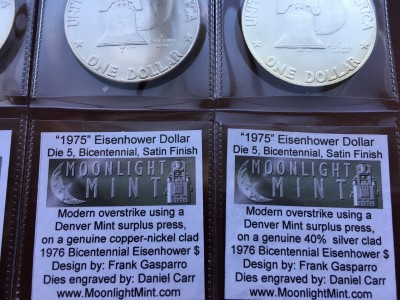 Who slabbed the first coin? That has all the necessary information on it. I'd like ANACS to slab these, but they clearly have lost the finish, which is critical to establish what the coin is. The first one even has population.
Authorized CAC and QA dealer
Top

AndyO wrote: ↑
Sun Jun 24, 2018 9:45 am
Who slabbed the first coin? That has all the necessary information on it. I'd like ANACS to slab these, but they clearly have lost the finish, which is critical to establish what the coin is. The first one even has population.

I slabbed the "1970" myself using a Premiere Coin World holder. I created the labels in PS CS5, along with the TrueView-type image. For my labels, I include a photo of the actual coin. I did the same thing with the 1964-D Morgan dollar issues from Carr. 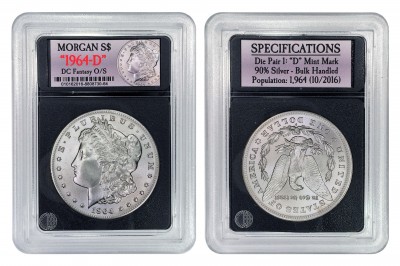 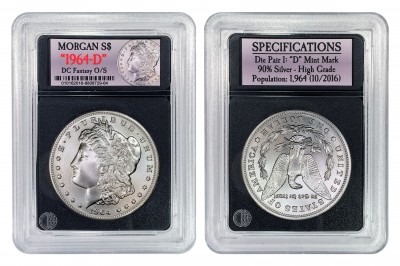 Also, a while back I shared this "1979" Ike I created in PS on a CCF topic concerning his overstrikes. The idea was to "inspire" Mr. Carr to produce a fantasy '79 Ike since he was actively posting there. He may yet still do one. Hoping.... 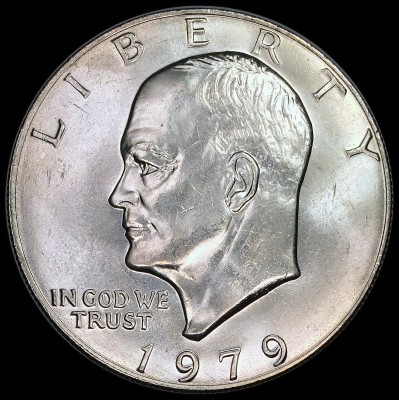 I'd buy one.
Love your home-made slabs. My Carr Ikes are still in their flips. Never got around to slabbing them.
One day....... 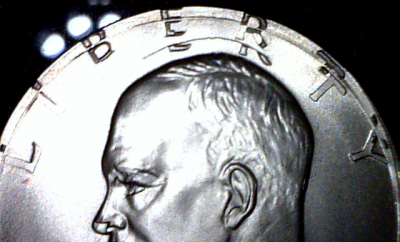 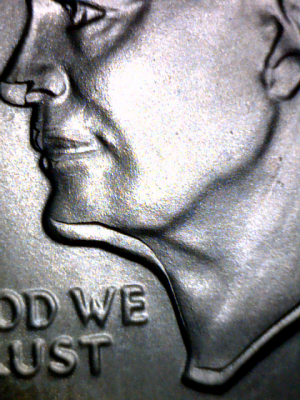 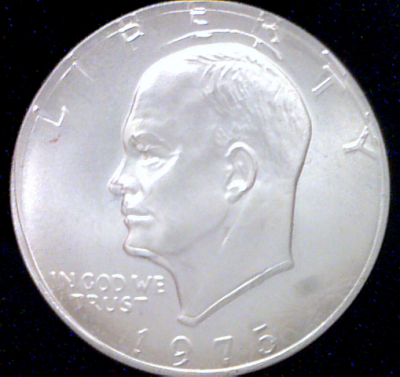 I didn't know he made any proof Ikes!

How much were the "multiple struck" Ikes when he offered them? I missed out on ALL of his Ike offerings because I had only started collecting in the summer of 2011. I was mainly into Morgans at first. I got serious about Ikes sometime in 2012, and I found out about the Carr fantasy Ikes some time later.
My Eisenhower Dollar Complete Variety PCGS Registry Set: http://www.pcgs.com/setregistry/publish ... x?s=119137
Top